Michael Žantovský is a diplomat, politician, writer, and translator. He studied psychology at Charles University in Prague and McGill University in Montreal, Canada and worked as a research psychologist. From 1980, Mr. Žantovský worked as a freelance translator and author. He has translated into Czech more than 50 works of contemporary English and American fiction, poetry, drama and nonfiction. He was a contributor to the samizdat press and the Prague correspondent for Reuters, the international news agency. In  1989 he was a founding member of the Czech chapter of P.E.N., the international organization of writers and translators that had been banned in Czechoslovakia during the Communist era. In November 1989 he was a founding member of the Civic Forum, an umbrella organization that coordinated the overthrow of the Communist regime, and became its press spokesman.  In January 1990 he became the Spokesman and Press Secretary for President Václav Havel. In July 1992 he was appointed Ambassador to the United States. In 1996 he was elected to the Senate of the Parliament of the Czech Republic and served as the chairman of its Committee on Foreign Affairs, Defense and Security. He served as the Czech Ambassador to Israel from 2003 till 2009. From 2009 till August 2015, he was the Ambassador of the Czech Republic to the Court of St. James’s. He is a regular contributor to World Affairs Journal and Aspen Review Central Europe. Since 2012, he has served as the Vice President of Aspen Institute Prague. His biography of his longtime friend Václav Havel: A Life was published in English, Czech and several other languages in November 2014 to high acclaim. On September 1, 2015, Mr. Zantovsky became Executive Director of Václav Havel Library in Prague.

Madeleine Albright is an American politician and diplomat. She is the first female United States Secretary of State in U.S. history, having served from 1997 to 2001 under President Bill Clinton. Albright emigrated to the United States in 1948 from Czechoslovakia with her family.

Anna Freimanová is a librarian by profession. In the 1970s she was an assistant director at the Divadle Na zábradlí theatre, before working as a librarian in the theatre department of the National Museum and at the Municipal Library. She was involved in samizdat publishing, principally with the theatre magazine O divadle. In 1990 – 2003, she served at the President’s Office as Václav Havel’s secretary for literary and theatrical matters. During that period she edited most of the publications of his work in Czech. In the 1990s she co-founded the Aura-Pont theatrical and literary agency and the Foundation Fund of the Alfréd Radok Awards. Between 2004 and 2011 she headed Czech Television’s print division. She currently works in Václav Havel Library.

Ondřej Němec was born to a well-known Czech dissident family of Dana Němcová and Jiří Němec. He began taking photographs in his 20s, though for political reasons he was not able to study in that field. He apprenticed at a printing works before finding a job as a stagehand and later as a stoker. In 1990, he joined the daily Lidové noviny as a photo reporter and worked there for 22 years. Prior to 1989, his photographs had only been published in samizdat or abroad, often anonymously. He does not take part in competitions and does not like to exhibit. Nevertheless, he received the Revolver Revue Prize for 2012. He currently works in Václav Havel Library.

Jáchym Topol is writer, journalist and a signatory of Charter 77. Before the velvet revolution in 1989 he worked in various labouring jobs. He has published in periodicals such as Revolver revue, Respekt, and Lidové noviny, and is known for novels such as “Sister”, “Gargling with Tar” and “Cold Land”. 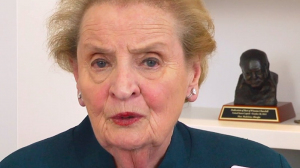 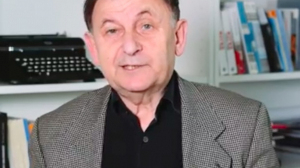 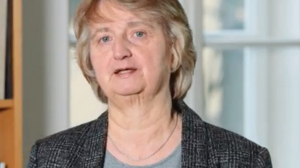 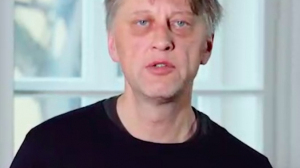 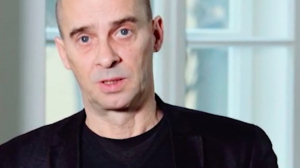